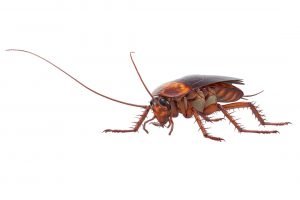 Closely associated with dirt, filth and the spread of disease, just the mere mention of cockroaches can make your skin crawl. Most homeowners are at least somewhat familiar with the health and safety risks associated with cockroach infestations, including allergies and asthma.

Even if you’re completely “icked-out” by them, these bugs can actually be quite fascinating. Here are ten of the most interesting facts about cockroaches:

1. No head? No problem! A cockroach can live for a week without its head. Due to an open circulatory system and the fact that they breath through little holes in each of their body segments, they aren’t dependent upon their mouth or head to breathe.

2. They can hold their breath for 40 minutes. Impressive, right? Equally amazing is the fact that they can survive being submerged underwater for 30 minutes.

3. They are cannibals. Cockroaches aren’t fussy eaters — they’ll eat pretty much anything. When infestation numbers are large, and food is scarce, they aren’t above feasting on each other to settle the rumbling in their bellies. 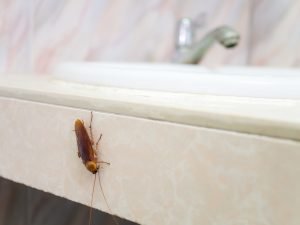 Close-up image of cockroach in house on background of water closet.

4. They are really fast. How fast? Picture the Flash, but in cockroach form. Roaches can run up to speeds of 1.5 meters per second. To put things into perspective, the human equivalent is around 200 miles per hour!

5. They love beer. The American cockroach has shown a marked attraction to alcoholic beverages…particularly beer. It’s most likely the alcohol mix of hops and sugar that attracts them.

6. They are practically indestructible. A cockroach can compress its body, hard exoskeleton and all, to get through gaps as small as 3 millimeters and withstand forces 900 times their body weight without harm.

7. They are really old. While the average lifespan of the American cockroach is approximately one year, evidence suggests that this species of insect first originated more than 280 million years ago in the Carboniferous era.

8. Because they are cold-blooded insects, cockroaches can live without food for a month. However, they survive for only one week without water.

9. The world’s largest cockroach is a half-foot long, with a one-foot wing span. Average cockroaches vary in size from one-half to two inches long.

10. There are more than 4,000 species of them in the world. One of the most common species, the German cockroach, has been implicated in allergic reactions and illness in many people.

Signs of a cockroach infestation

Cockroaches are nocturnal so seeing one during the daytime can be a sign of an infestation. Other things to look for:

Suspect an infestation? If you believe you have identified a cockroach infestation in your home, contact A-1 Able Pest Doctors right away at 1-800-737-8189 to discuss a thorough inspection and extermination plan.