Just because temperatures dropped doesn’t mean the bugs will 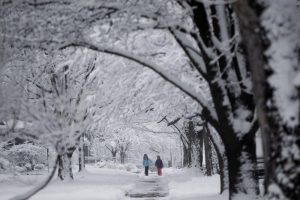 After a warm start to our winter here in the Miami Valley, we’ve certainly made up time with recent snow events and another visit from our friend, “Polar Vortex,” a few weeks ago.

While enduring cold winter weather can be annoying, some would argue it’s better than dealing with mosquitoes and other winged-nuisances that plague southwest Ohio in the summer months.

Where do all those bothersome bugs go when the temperature drops?

Many insects at younger stages of development take a page from bears and enter hibernation or a state of dormancy called diapause, meaning their appetite and development are reduced until temperatures rise again. Other pests seek shelter underground, in leaf debris, or invade indoor spaces. Finally, some insects are killed by cold temperatures.

How cold does it have to be to kill the pests that plague us in summer?

The answer to that question really depends on the species. 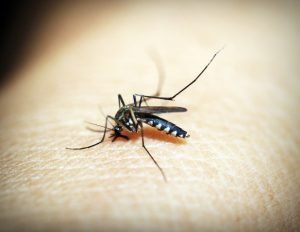 Mosquitoes: Mosquitoes experience decreased activity around 60°F and are unable to function when temperatures fall below 50°F. Some females enter hibernation before the first frost, and some die when the weather is frigid. Mosquito eggs laid before the first frost aren’t killed in the cold. They enter diapause, and once warmer spring days arrive, these eggs hatch into mosquito larvae.

Emerald Ash Borer: The emerald ash borer has destroyed countless trees in Ohio, which is why the entire state is in the federal quarantine zone for this insect. That means the movement of firewood and other hardwood products is prohibited in all circumstances but a few. The emerald ash borer is a hardy insect and generally can withstand temperatures as low as -20°F.

Blacklegged (Deer) Ticks: Deer ticks—which are actually eight-legged arachnids, like spiders—are seen in higher numbers and farther north than ever before. When temperatures drop to freezing, they seek shelter in leaf debris or survive by attaching to a host. On warmer winter days (above 35°F), these Lyme disease-carrying pests become active again and can latch onto animals and humans. 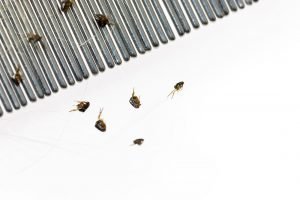 Dog Fleas on a Flea Comb after combing them off of a dog, against a white background

Fleas: Fleas are a year-round nuisance, but when temperatures fall below 37°F for more than ten days, it is cold enough to kill outdoor, mature fleas, as well as eggs, larvae, and pupae. However, it does remain warm enough indoors for fleas to survive all winter long, no matter how cold it is outside. Flea pupae can go dormant in areas like basements or within walls of the home and create an infestation once temperatures rise again.

Termites: Temperature has a pronounced effect on termite populations and activity—both on a daily and seasonal basis. Termites exposed to freezing temperatures will seek shelter to survive. Without shelter, termites usually die within a short period of time, which means they’re more likely to move into the warmth of your walls during winter.

The lower the temperature drops, the fewer pests survive. In order to make it through a frigid winter, they often move into your home or seek shelter in outdoor spaces you’ll want to enjoy during warmer weather. By knowing the strategies pests use to stay alive during winter, you can be prepared to prevent encounters and address potential infestations.